A to Z of Devon places and Devon women writers - B


During the very early 1960's  for almost a couple of years two of the twentieth century's now most famous women writers lived within twenty miles of one another, in mid Devon. One was Sylvia Plath, who moved to North Tawton, in 1961 and left there late 1962; the other Jean Rhys, who moved to Cheriton Fitzpaine in 1960 and stayed there until her death in 1969. Plath and Rhys are probably the two foremost C20 writers whose Devon home base must appear on this A to Z of Devon women writers places. Both authors have drawn countless followers and admirers to seek out their Devon homes and in Rhys' case, grave, in Cheriton's churchyard. One of these visitors remarked that finding the grave was a 'moving moment'  Another, the poet Olive Senior, wrote a long poem called Meditation on Red about her visit to the Cheriton grave, which both conjures up the sensual response of the poet herself and also expresses the complex reactions of both author herself and the locals at the time of Rhys living and writing in their village:

It has taken me many years to visit Rhys' grave in Cheriton, but I eventually made it, on a brilliant sunny winter's day. Rather surprisingly, the stone is propped up against the church wall just left of the main door. At least the village has recognised the author's once presence in their parish, because she is mentioned in the church guide book.


Going back some years, back in the sixties and seventies, following publication of and acclaim for her most famous novel, Wide Sargasso Sea, people frequently went to the village in search of the novelist. One visitor wrote up an account of her trip to Devon; Rhys had seemed preoccupied by her ambivalent feelings to her home.

Another visitor, Louis James, wrote an academic paper about her experience with the novelist, The Lady Is Not A Photograph: Jean Rhys, D.Litt., and "The Caribbean Experience". See Journal of Caribbean Literatures, Vol. 3, No. 3, Jean Rhys (Summer 2003), pp. 175- 184. Louis explains how, with colleagues, she went down to Devon from Kent, to present Rhys, with an Honorary Doctorate from the University of Kent. James explains that


She accepted the Honorary Doctorate when it was offered her. But, at the age of eighty-seven, with deteriorating health, she did not wish to make the long journey from Cheriton Fitzpaine in Devon where she was spending the summer, to receive her degree.

So, as James tells us, in an unusual change from protocol, the university took the degree to its recipient:

In the case of Jean Rhys, the University made the exceptional decision to award the Honorary D. Litt., in absentia. On that day of July, an empty red leather chair represented Jean Rhys on the dais, addressed by the Public Orator Professor Robert Gibson with an accolade recording her life and achievements. At the side, a portable Grundig tape deck ticked away, recording the oration. On the 20th of July two cars set off from Canterbury to her cottage in Cheriton Fitzpaine, carrying Professor Foakes as Chairman of English Literature at Kent, together with Professor Mark Kinkead-Weekes and myself as teachers of Common- wealth Literature. We also took a set of doctoral robes, the Grundig tape recorder, the Orator's recorded speech, and several bottles of champagne. The summer Jean Rhys spent at Cheriton Fitzpaine in 1977 was proving, in Carole Angier's words, "fairly disastrous" (638). Apart from intensifying health problems, Jean had begun to fall violently out with Janet Bridger, her young companion, nurse, and typist, with strains intensified by Jean's struggle to find the right approach to writing her proposed autobiography. Then there were other anxieties, too, of which I knew nothing at the time.


James provides a fond and amusing account of the time she spent spent at the by now renowned author's house. I can't resist including another short extract: 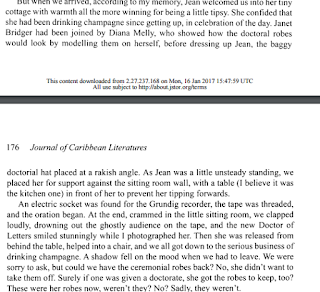 There is no shortage of material about Jean Rhys on the internet. A google search will coax out all sorts of goodies. In particular the Jean Rhys Archive has information about the whereabouts of various materials and texts. I wrote a little about Rhys and Plath in a very early piece in Scrapblog from the South-West.  Some thoughts about them appear in Crossing the Water, a more recent feature in my other blog. A poem 'Rhys and Plath; Cheriton and Court Green' was published by Shearsman and appears in my collection Tessitura. You can read the poem on Scrapblog.


(See From the Devon Ridge where a Book Began
and
Land as Language; Devon Beginnings of a Book) 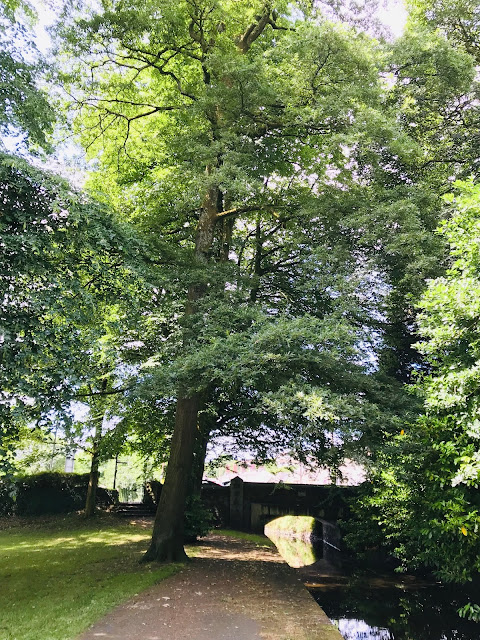 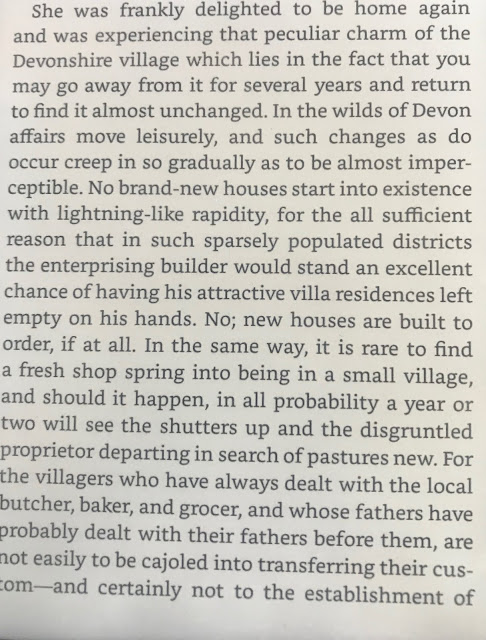 
It is not just Devon's 'Queen of Crime' Agatha Christie whose prestigious textual contribution to the genre of crime left its distinctive mark on the literary achievements provided by women writers from the author's home county. Less well-known nowadays - and admittedly, some might judge, a less 'worthy' Devon writer than Christie - was 'Queen of Romance', Margaret Pedler, whose first novel The Splendid Folly, was published just over one hundred years ago, in 1917. The novel received fair reviews from newspapers at the time, including The Western Times, which reported that 'Mrs Pedler would herself make no high literary claims for The Splendid Folly. She set herself simply to write a readable, entertaining, love story with a touch of Devonshire setting and a topical thread running through its plot'. That reviewer's conclusion may be valid; I cannot say…
Read more